CULLED FROM MONDAY RANDOM - WHAT IS ON FLEEK 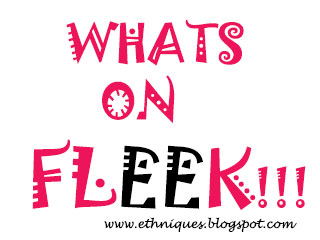 Good day lovelies and a Happy Easter celebration, hope you all had a wonderful time out? For me it was food all the way, I hope to bring my culinary expertise here soon. So back to the matter, WHAT IS REALLY ON FLEEK? Sounds like a Rhetorical question and a direct question. Lately on Social Media the phrase, slang or word  fleek and the question what have you got on fleek has been trending, as Social media has become the new world paradigm, it would be very difficult for you to cope if you don’t understand the trends. I first heard the word, fleek from Boity Thulo a South African presenter on club 808, as I was still trying to figure out the meaning and where it came from, I saw a very funny caption from my Fashion Entrepreneur friend UREZ of UREZ KULTURE. I am dedicating this post to her, because she inspired it with this funny question on BBM 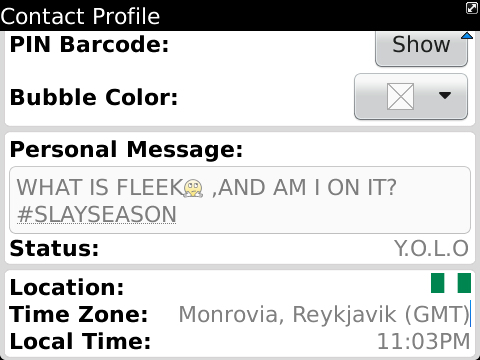 I went ahead to ask some of my friends who use the phrase frequently on social media (#OnFleek), but funny enough they couldn't even give me a comprehensive meaning. I decided to do my research by checking out the context in which the word is used and an online research. Boity the TV presenter said she has her jacket on fleek, on social media some say they have their eye brow on fleek, while some others have attached the word to Beauty, Fashion, Lifestyle,Social Media and even Marketing. Can you all remember when the slang SWAG started trending? These slangs sound so cool that celebrities indulge in making them popular by hash tagging them on social media and they finally find their way to the urban dictionary.
From my research, I was able to deduce that the phrase fleek means Nice, Awesome, Onpoint or Cool. It was first used in 2003 by Dan Blue; he defined the term as smooth, nice and sweet according to the Urban dictionary. Just recently in the year 2014, Peaches Monroee made the word popular by using it in her vine mini video referring to her well groomed eyebrow as on fleek in the video which meant onpoint,  and ever since then, too many things like music, hair, outfits, makeup and many more have been on fleek on social media. So when next you hear on fleek or you are in that vox pop video where the presenter is asking you what you have got on fleek, just remember it means what do you have on you that makes you look onpoint, awesome, nice, its something good. on Instagram alone, the word #onfleek has been used over 800,000 times. 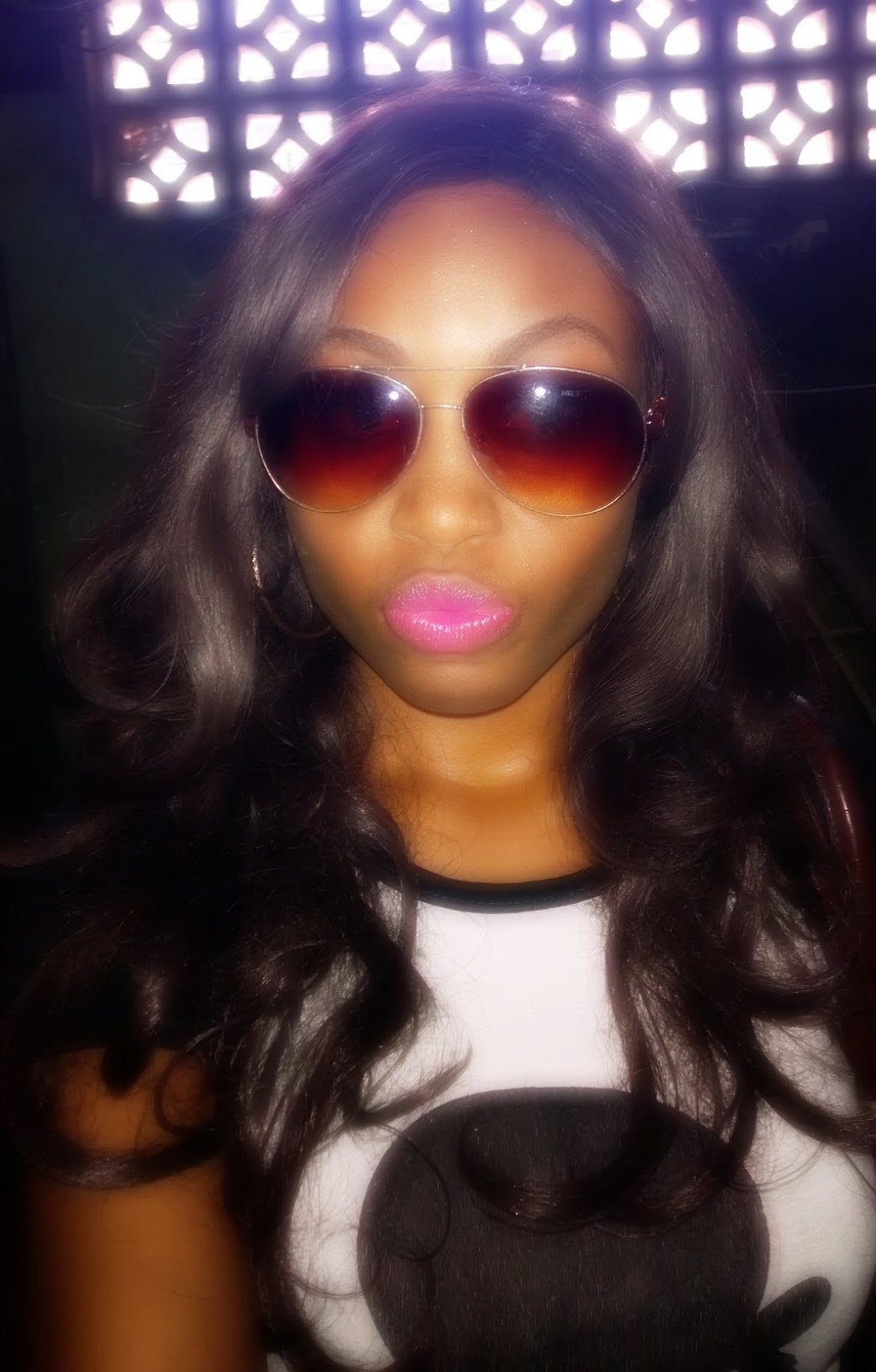 I have been learning the act of pouting, now that I have learnt it, I can say I have got my POUT on FLEEK. I stepped out with my pout like this on Easter Monday, Lol! So while you all are still wondering what you have got on fleek and the Creative director of Urez kulture is thinking if she is on it, like its some social media platform hahahaha! Share with me in the comment section "What you have got on fleek" Get ur Fleek On !

I got an email suggesting to me names for my Monday Series instead of “Monday Random” I asked my senior colleagues in the blogosphere and I am yet to get a response, that was why I hesitated posting yesterday, but I can't wait anymore, so please my lovely readers you can suggest a name for my series. If you are wondering what the series is about, check it out HERE